Further to my previous post, I have returned to my drawing to work in short sessions of an hour or two at a time, as my wrist isn't fully healed yet but a lot better.

Disappointingly, I had to give up on the new pencils, the Pitt Graphite Matt from Faber Castell. After working with them for longer I realised it was extremely difficult to get any variation of tone from each individual pencil. Difficult to explain but it was all or nothing with them. Trying to blend the darks into lights proved to be impossible. Once you made a mark that was it, very little you could do with it. Conclusion. On the plus side these pencils do produce a matt finish which is the main reason I bought them. Unfortunately the rest is negative, they are not blendable and therefore do not suit my style of work at all. I'll maybe use them occasionally in combination with my charcoal pencils but for now, after struggling along gallantly for a while, I've put them away and returned to my usual brand of Lyra Orlo pencils. Instantly I felt back at home. 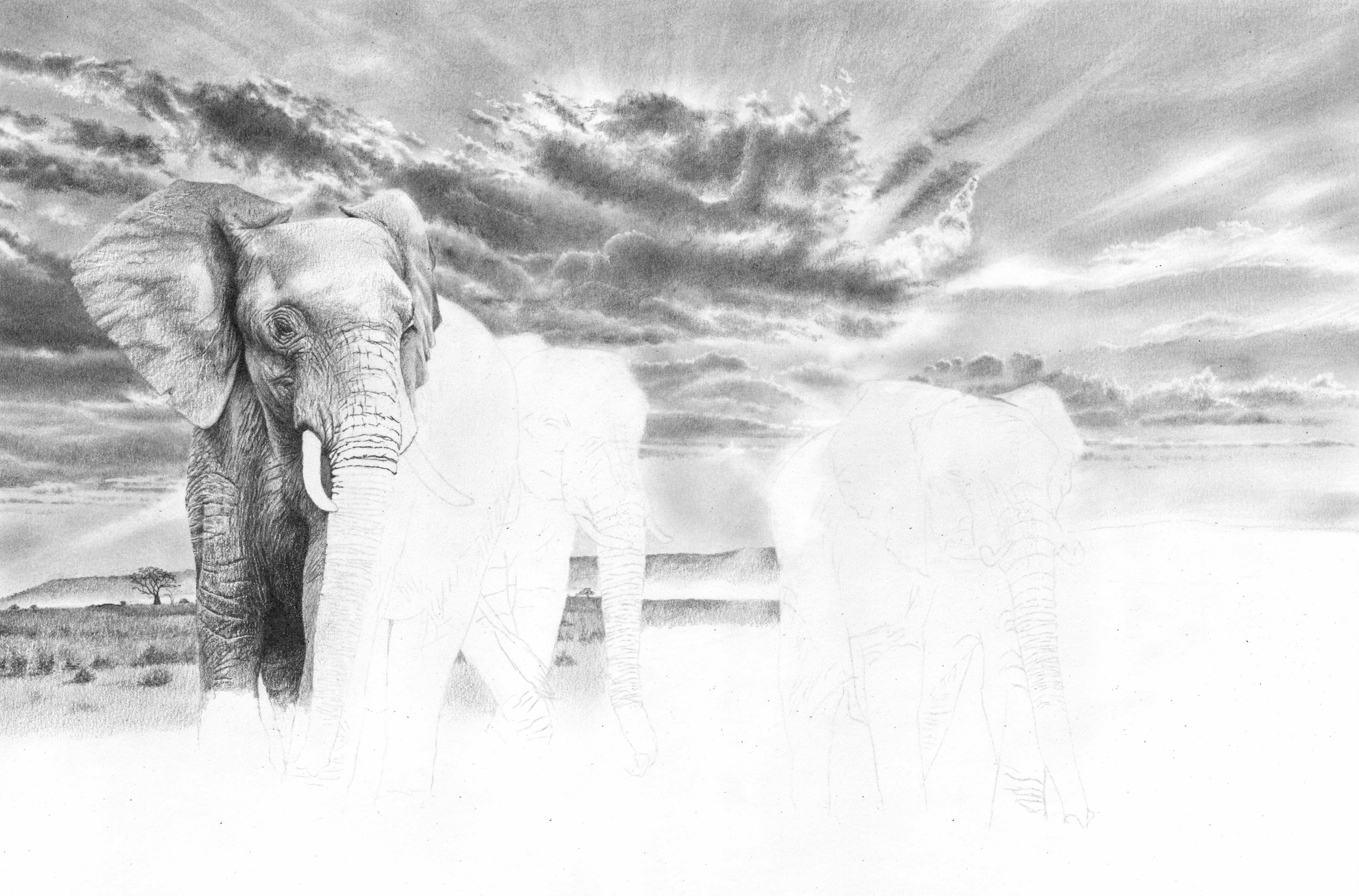 As you can see from the above image, things have moved on a bit and beginning to flow now I'm using my preferred pencils. This is also where the Stonehenge paper comes into its own. Sweeping strokes using the side of the lead produce a base of nice texture, ideal for elephant skin. Subsequent layers with darker shades and sharper points pick out the emerging wrinkles and other finer details.

My concern is that the elephants might become a little lost against the rather busy, dramatic backdrop. I'll continue until all three are complete and then probably knock the sky back a little using my kneadable eraser.

I haven't decided on the immediate foreground yet. My reference picture has the elephants legs disappearing behind a rise in the ground which looks slightly odd, as if they have been cut off at the ankles. I'm thinking either grasses or clouds of dust, probably a combination of the two, we'll see.